The octagonal box contains a game with countless finely painted shells, each one a miniature in its own right. It is Japanese and dates from the Edo period (1603-1868). This exquisite object will be on display in the comprehensive special exhibition that includes lacquered and tortoiseshell work, ivory carvings and porcelain, filigree Buddha figures, sacred censers, huge scroll paintings and richly decorated textiles, as well as toy figures and material samples. The approximately 300 individual items, all collected by Philipp Franz von Siebold (1796–1866), a Würzburg doctor and scientist working for the Dutch, provide a fascinating insight into the secular and sacred craftwork of Japan. The exhibition, which is being organized jointly with the Museum of Japanese History in Sakura (Prefecture of Chiba), sheds light on the life of the collector and his time, the basis on which he organized his collections and his encyclopaedic approach to his mission of making Japan comprehensible to the west.

As a staff surgeon in Dutch military service, Philipp Franz von Siebold was one of the first Europeans to visit the ‘land of the rising sun’, where relations with the outside world had been severely restricted since the 1630s. While in Japan today every child is familiar with his name, in his home country only a few experts and East Asia enthusiasts know about him. In the two periods he spent in Japan, from 1823 to 1830 and 1859 to 1862, he immersed himself in scientific and academic work. Japanese patients and doctors profited from Siebold’s practical and theoretical knowledge of western medicine. However, in 1828 he was then accused of spying through being in unlawful possession of geographical maps of Japan and was finally banished for life.

Siebold first settled in Leiden, published works on the natural history and ethnology of Japan, and displayed the objects he had collected so far in his own home, opening its doors to the public. This practice inspired the first ethnographical museum in Europe.

After the ban was lifted in 1858, he was able to spend a second period of several years in Japan. Once again he amassed a large, high-quality collection. When he returned he was offered the opportunity of displaying it in Munich. In 1874, 8 years after his death in 1866, the Bavarian state bought this for what was then the ‘Königlich Ethnographische Sammlung’ (Royal Ethnographical Collection) and showed the precious objects in a special section entitled ‘Das Siebold’sche Japan-Museum’ (The Siebold Japan Museum). Siebold had himself commended his collection in a letter he wrote to King Ludwig II of Bavaria in 1864: ‘This surpasses my earlier collection in many respects.’ Thus a century and a half later in 2017, an exhibition of the Munich collection even merited a visit by the Japanese imperial couple.

The Museum Fünf Kontinente is presenting its Siebold Collection, enhancing a display concept designed by Siebold with modern exhibition technology. The result is a comprehensive and highly informative show. The beauty, quality and uniqueness of the objects in this collection will be a delight for the whole family, and there will also be an accompanying brochure for children.

From father to son, from Munich to Vienna: Japan in the Meiji era. The collection Heinrich von Siebold 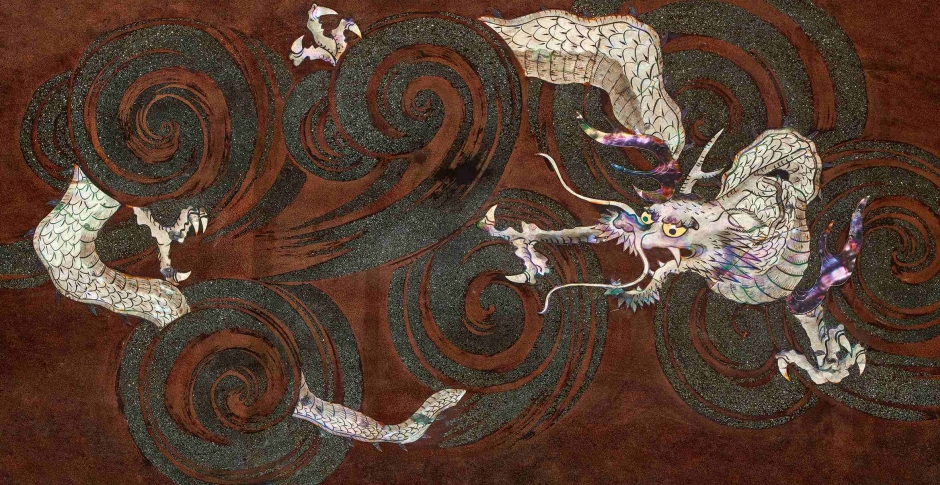 Heinrich von Siebold (1852-1908), the son of Philipp Franz von Siebold, travelled to Japan as a teenager and spent most of his life there. This was during the transition from the Shogunate to the Meiji period (1868–1912) and the new policy of opening up the country. During the Meiji Restoration, Japan's formerly military-oriented society changed from a feudal state to a modern superpower. The social upheaval meant that many of the cult and everyday objects of the Shogun period were no longer needed, thus passed into the possession of collectors like Heinrich von Siebold. He finally left it to Emperor Franz Joseph I. for the k. u. k. Natural History Museum in 1888. Heinrich von Siebold received a title of nobility for the donation. The Vienna-exhibition follows the collection's journey to the Weltmuseum Wien.

Take advantage of the unique opportunity to visit the exhibition Collecting Japan at the Museum Fünf Kontinente and at the same time experience the Heinrich von Siebold Collection at the Weltmuseum Wien from 13 February to 10 May in the exhibition Japan in the Meiji era.

Visitors up to 18 and school students free of charge